Saproxylic insects and wolves live in forests, especially in those natural and healthy forest ecosystems: 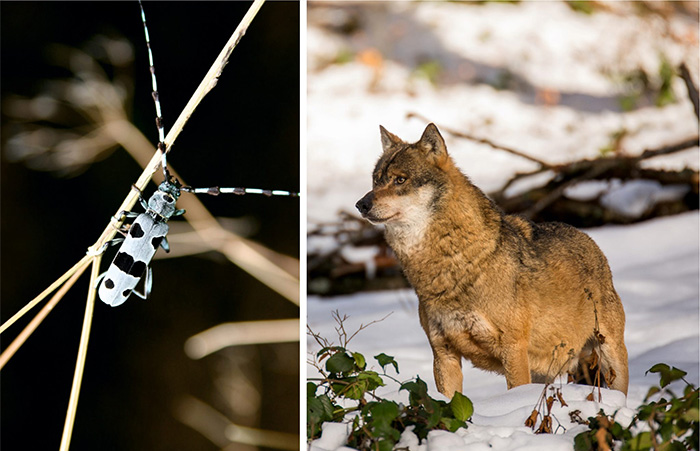 – both faunal groups do not like monocultures or those highly artificial forests in which the natural intra- and inter-specific mechanisms of population self-regulation have been altered;
– both insects and wolves play a key role in the forest, where wolves act in the selection of herbivorous mammals and insects in the qualitative selection of trees;
– saproxylic insects colonize weakened trees (very old, broken by the wind, broken or torn logging activities, attacked by fungi or defoliating insects, affected by drought or landslides), contributing to a faster introduction of trees into the natural circuit of biological matter recycling by decomposing wood;
– by the flourishing populations of insects benefits a multitude of insectivorous species (woodpeckers, bats, hedgehogs), which further fully contribute to the biological control of the massive attacks produced by defoliating insects in the coniferous stands;
– on the basis of wolf predation on herbivorous mammals, other species benefit (bears, birds of prey or necrophagous birds, marten, foxes, etc.) feeding on carcasses and thus contribute to the flow of organic matter throughout the food chain;
– wolves, as ‘forest sanitary workers’, remove weak, sick or defenseless specimens from herbivore populations, and by this selection they maintain the vigor and viability of pray species populations;
– wolves and insects have been threatened for years by extinction from forest ecosystems under the pretext of controlling their populations for economic interest and only recently it was understood that only where we have complete trophic relations will we have healthy and productive forests with specific biodiversity capable of supporting ecosystems stability and consequently long-term sustainable ecosystem services. 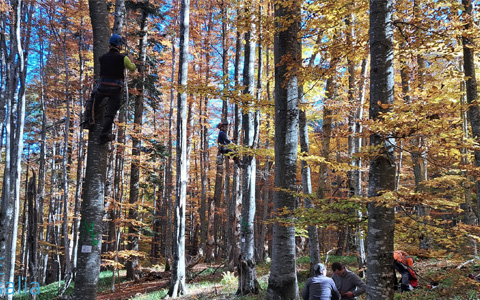 Tree veteranization – we use TOOLS instead of TIME! 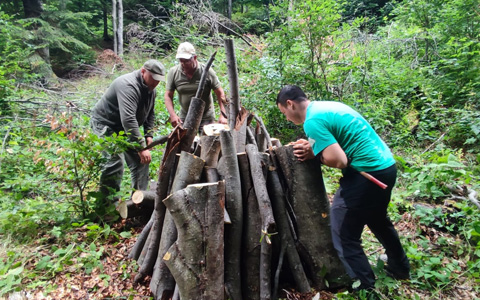 Creating 500 wood piles as microhabitats ready to be colonized 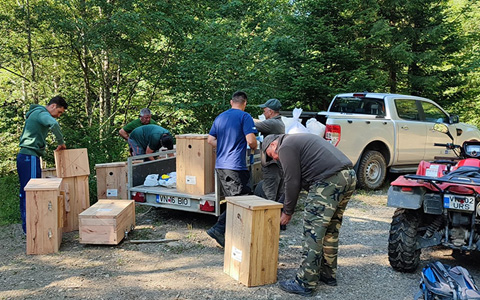