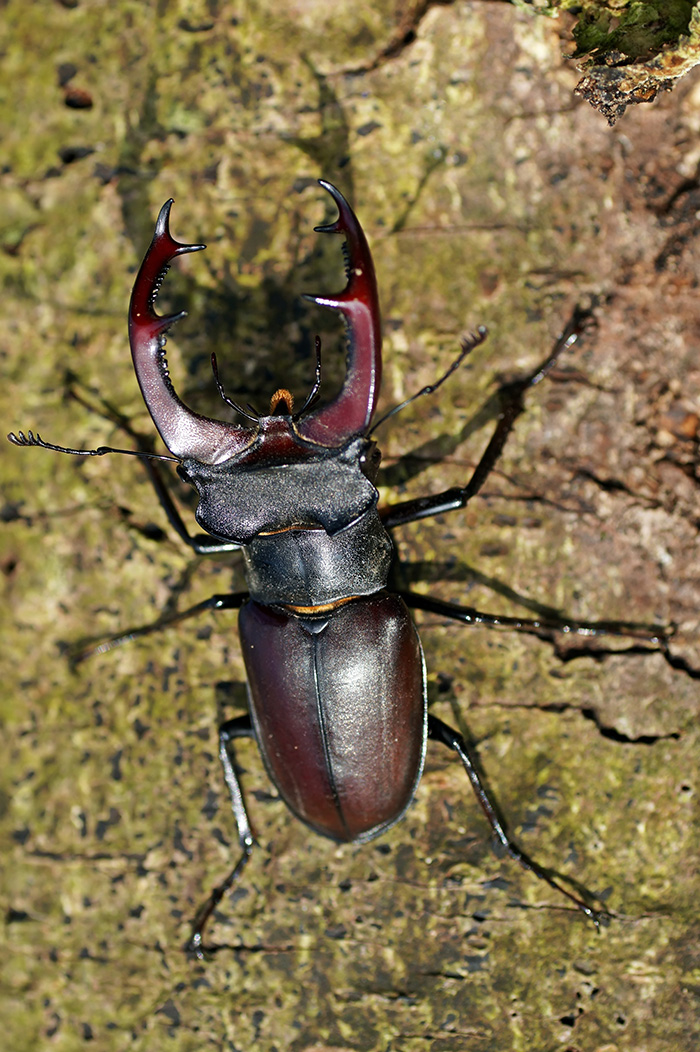 The adults of this species can be visible from mid-April to September. The females are digging down in the dead tree bark crevices, but also in the roots of rotten trees, preference for oak, apple, ash or cherry trees to lay their eggs, selecting warm places on sandy or light soils. They are mostly active in the evening, being able to fly 1 to 3 km. As larvae, depending on weather conditions, they spend up to five-six years as a life cycle, munching away on rotting wood, building up a massive fat reserve. The habitat of Stag Beetle is represented by oak forests located in hilly areas.

The species is marginally present in the area due to the limited availability of oak forests, however, the population is very high (60 individuals per ha in oak stands). The species is considered a pest by forester and during the project, we will build up evidence to reconsider its status by demonstrating efficient concrete conservation measures such as veteranization of trees and building up of wood piles.