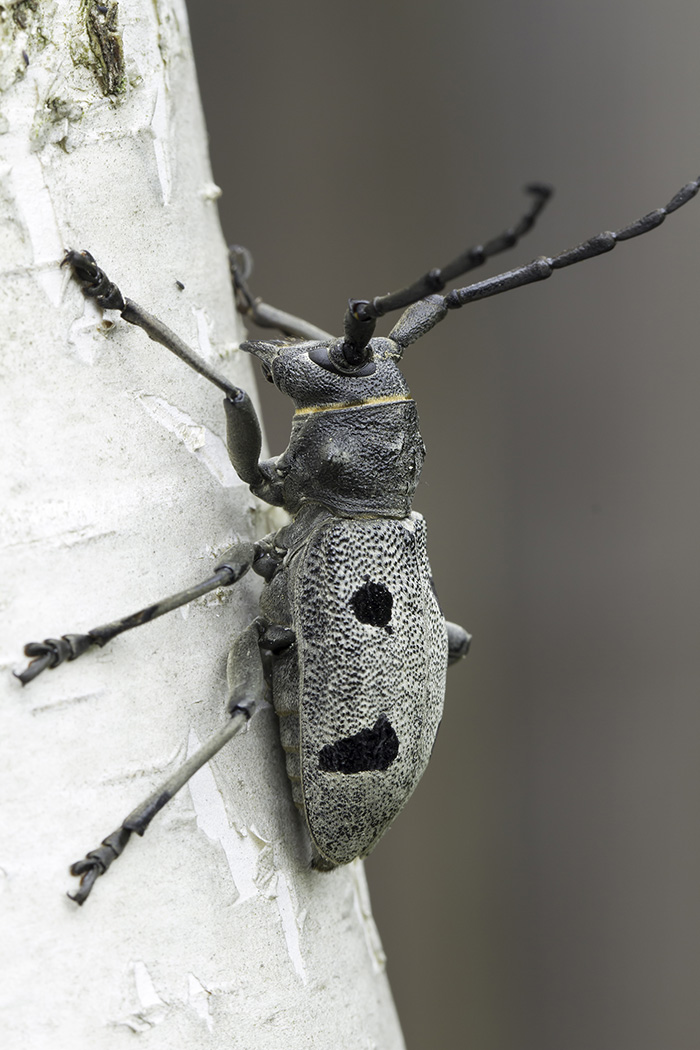 The adults of this species can be observed in March-September, mostly active at twilight and night hours but can be seen also during the day, depending on climatic conditions. The females lay eggs in the tree trunks, with larvae developing under the bark of decayed wood in the first stage, while in the ultimate stage they develop in the heart of the trunk. The larval development takes 3-5 years, digging tunnels between bark and heart of the trees and also in the wood debilitated by the fungal mycelia. In the project area, Morimus funereus can be found in well-structured forest habitats abundant in dead wood, large standing tree trunks and also in-ground trunks and large logs or large branches.

The species is still considered a pest by forester and during the project, we will build up evidence to reconsider its status by demonstrating efficient concrete conservation measures such as building up of wood piles.