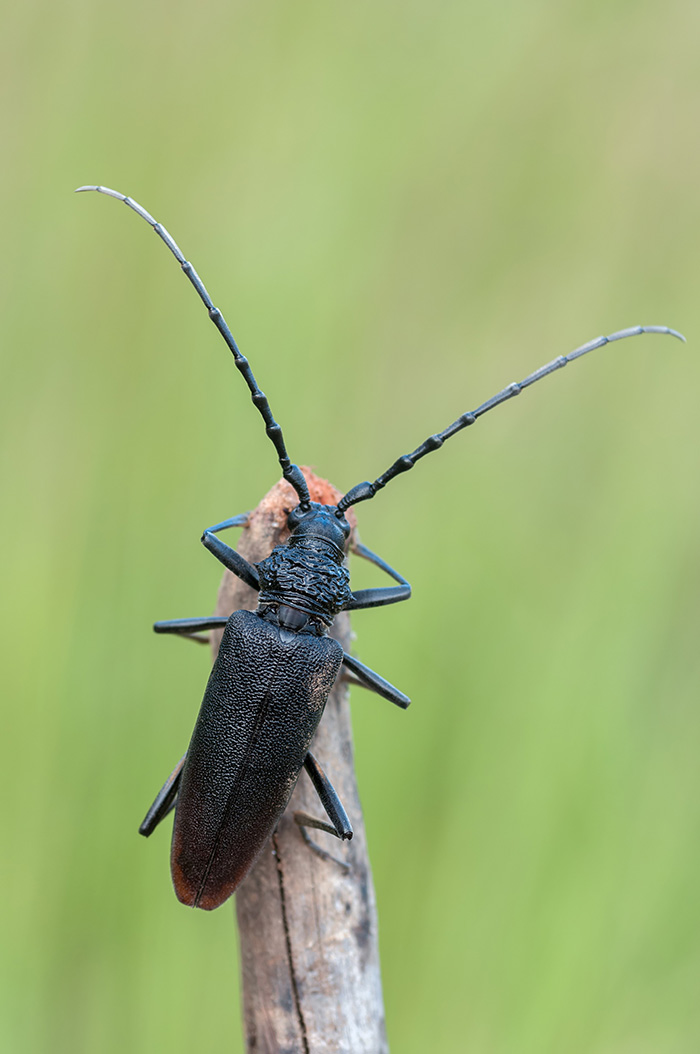 The adults of this species can be observed between May and September, being generally active at twilight is, feeding on the sap that appears on injuries in the bark and on mature fruit. Between May and September, the female can lay up to 300 eggs in deadwood part of living, very old and unshaded trees (injuries on the trunk or in branches of very old trees). The larvae appear around 10 days later. In the project area, Cerambyx cerdo can be found in deadwood of standing veteran oak trees (Quercus sp) and other deciduous species selecting very old oaks and decaying trees that have a diameter larger than 40 cm.

The species is marginally present in the area due to the limited availability of oak forests, however, the population is high (40 individuals per ha in oak stands). The species is still considered a pest by forester and during the project, we will build up evidence to reconsider its status by demonstrating efficient concrete conservation measures such as veteranization of trees.