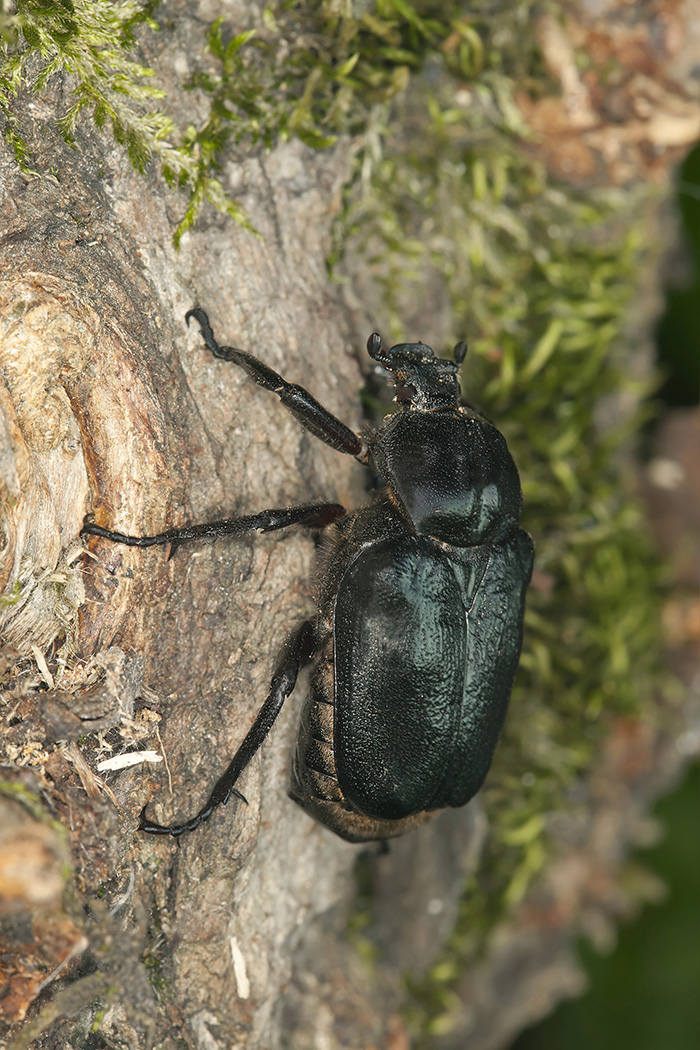 The adults of the hermit beetle can be observed from June to early September, being daytime active, they have a range up to 250 m in radius. The females lay up to 90 eggs inside the wood mould or in the hollow trees, with a larval development taking about 2-3 years or even longer if the climatic conditions are not optimal. In the last year of larval development, the larvae construct a cocoon, made of their excrements and wood mould. The adult males produce a fruity odor pheromone to attract females. The habitat of hermit beetle is restricted to veteran, mature trees with decaying heartwood and a moderate sun exposure located in shrub free (open areas) within forests, old wood pastures, orchards, hedgerow trees.

In the project area, Osmoderma eremita occupies mature broad-leaved woodland with wood mould, at the base of hollow living trees (especially trunks with large cavities resulting from natural fungal decay of the dead heartwood). The proposal was planned considering a very low dispersal value (250 m, see natureconservation.pensoft.net. The number of individuals was estimated in one sampling area using window traps. The preliminary results indicate approximately 3 individuals per trap, which is in line with the estimation of Maurizi et al (2017).

Osmoderma eremita* will directly benefit from all concrete conservation actions and their associated preparatory and monitoring activities (A1, A4, A6, C1, C2, C3, C4, D1, D2).